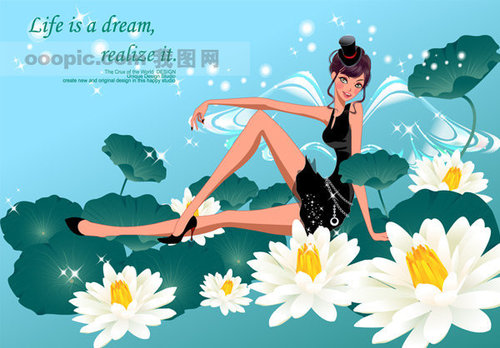 Beauty Is in the Eye of the Beholder（情人眼裡出西施）

For years men and women have been getting married. They say their wedding vows which bring them together as one. They promise to love and cherish each other until death do them part.

When a man and a woman get married, it is one of the biggest decisions they will make in life. A man may select a woman because he, in his own eyes, sees her as the just-right wife for him. Every man has his own definition of what the "just-right" wife is. For instance, the millionaire man and the poor man both may define their just-right wife according to her physical qualities.

A millionaire may describe his "just-right" wife as charming, beautiful, sexy, intelligent, and well developed. On the other hand, a poor man may define his "just-right" wife as pleasing, attractive, desirable, knowledgeable, and shapely. Both men describe their just-right wife by the same physical qualities but use different words. The millionaire's definition of the just-right wife is more elegant, whereas the poor man's definition is a more common, everyday description.

Still, there are other men who have their definitions of the just-right wife. For instance, consider the fit man and the fat man. The fit man may describe his just-right wife as a woman who gets up every weekday morning at six o'clock and runs two to three miles. After running, she prepares breakfast, washes the dishes, takes the children to school, and then goes to work. After work, she arrives home, washes a couple loads of laundry, goes to exercise class, picks the children up from school on her way home, and then cooks dinner. After dinner, she cleans the kitchen, bathes the children, and puts them to bed.

On the other hand, the fat man defines his just-right wife as a woman who gets up at eight o'clock in the morning, takes the children to McDonald's for breakfast, and drops them off at school. She then comes back home and lies on the couch watching soap operas all day. The children have to walk home from school in the afternoon. When they arrive at home, she instructs them to clean the house, do the laundry, and fix some hotdogs for dinner. Both men define their just-right wife with qualities that they admire within themselves.

Men from all nationalities also have their definition of the just-right wife. For example, the Italian man describes his woman as a woman who stands six feet one-inch tall with blonde hair and blue eyes, and who is well developed in the upper portion of her body. On the other hand, the French man may describe his ideal woman as a woman who stands only five feet three inches with brown hair and green eyes, and who is moderately built.